As an entrepreneur, it is the most important thing to carefully sort out the sales of your platform and calculate the revenue that is being generated. As a startup, every entrepreneur’s foremost concern is to select the best of people though they are investors or employees with the strategy to grow their business by increasing the sales. It is also equally important to have an exit plan.  Starting a business without a plan for exit, on the other hand, is a sign of a poor business strategy. If you don’t know when and how to shut down your business, you’ll be a victim of unforeseen events.

The company, which was formed in 2014 by CEO Sarah Jones and is situated in Mazaya Business Avenue in Jumeirah Lake Towers, began with just two employees around a kitchen table and has since grown to over 100 staff.

Mini Exchange was the original name of the platform, which was changed to Sprii in 2017. It sells a variety of baby and mother items in the United Arab Emirates, Kuwait, Oman, Bahrain, and Saudi Arabia.

Sprii was launched by Sarah Jones in the beginning of 2014. She previously worked in finance for four years, first in London and later in Dubai, at Deloitte in Mergers & Acquisitions advisory. Jones left finance after two years in the Gulf, seeing the promise of the early-stage e-commerce market and the Sprii business model. Sprii is the Middle East’s online destination for all things moms and kids, with over 800 brands and 40,000 products available at a touch of a button.

The ecommerce platform kicked off tremendously. The company raised $8.5 million in capital, according to an article in Arabian Business from July of 2019.

“The first six months of 2019 have exceeded our expectations,” Jones remarked at the time. We’ve developed a new app, begun operations in Saudi Arabia, and completed our funding round ahead of schedule, allowing us to keep our commitment to our committed clients.”

The GCC e-commerce sector is predicted to reach $19.7 billion by the end of this year, according to a panel of experts at the virtual roundtable on Intelligent Orchestration of Retail Experience in September. Saudi Arabia is projected to claim the majority of the amount ($8.3 billion), followed by the UAE ($7.5 billion).

“The user-at-any-cost business didn’t seem particularly viable to anyone,” a supplier said about Sprii. “It was all about market share, and there didn’t appear to be enough margin for anyone to profit.”

“As a result of our inability to get further finance to support the continued trade of Sprii, combined with an unsuccessful attempt to sell the firm, I have been forced to make significant decisions that will impact the future of the business,” Sara said to suppliers in a letter.

“Today is a sad day for everyone involved with Sprii. If a business sale is not possible, I will work tirelessly to relocate our entire team. I appreciate that many of you will be hurting as well, but I will work tirelessly with the Liquidator to ensure that all creditors receive the best possible conclusion,” Jones continued in her letter.

Liquidation simply implies that the company’s operations are halted and its assets are dispersed to creditors. In the aftermath of the COVID-19 outbreak, company liquidation has become increasingly common in the UAE. Companies like Dubai Sprii, Gulf Greetings LLC, and Arabtec elected to liquidate in the UAE because of cash flow issues caused by the pandemic. All of these businesses came to the conclusion that liquidation was the best option.

The UAE distinguishes between voluntary liquidation, which involves the cessation of a company’s corporate existence and the realization and distribution of its assets to fulfill any creditors, and liquidation as part of bankruptcy proceedings.

Starting a business from scratch is not an easy process as it seems. The entire process has to be well planned and executed for the company to be successful. If the company has not adapted to best strategies it might end up as few of the businesses in UAE. Few other ecommerce startups in Dubai shutdown earlier due to lack of cash after raising millions of dollars and of them is Awok.

If you want to read about what happened to Awok, head over to our article: Why Dubai’s Awok Shuts Down Just a Year After Raising $30 Million 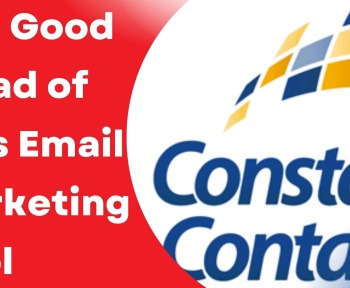