Dubai, known for attracting funding around the world, has raised 57% of scaleup funding in MENA region. According to a new research released by the Dubai Chamber of Digital Economy in collaboration with Mind the Bridge and Crunchbase, Dubai accounts for 57 percent of scaleup investment in the Middle East and North Africa, while the emirate is home to 39 percent of the region’s scaleups.

The growth of scaleups have exponentially increased in the year 2021 as compared to that in the global pandemic. In 2021, around 587 scaleups were accounted for in the region while in 2020, the number was 139.

The Middle East and North Africa (MENA) region is often abbreviated as MENA. The region is usually thought to consist of roughly 19 countries, but it can be expanded to include up to 24.

Many of the 14 OPEC countries are located in the Middle East and North Africa (MENA). While there is no defined list of nations that make up the MENA region, it usually refers to the area stretching from Morocco in northwest Africa through Iran in southwest Asia and down to Sudan in Africa.

With more than half of the world’s proven oil reserves, the MENA region’s investment prospects are concentrated in the energy sector. Many financial instruments, including ETFs that target North Africa, the Middle East, or the MENA area as a whole, offer both retail and institutional investors to acquire exposure to certain countries’ oil and natural gas markets.

Several MENA economies are reorienting their economies in order to minimize their reliance on fossil fuel exports. The United Arab Emirates, for example, has a thriving tech sector, and Qatar is diversifying into financial services.

The report, entitled UAE Venture Outlook, looked at important trends affecting the region’s expanding entrepreneurial ecosystem, as well as the UAE’s and Dubai’s leadership roles in luring promising scaleups and IT giants.

To read the full report, head over to UAE Venture Outlook | Dubai Chamber

On a country level, the UAE had the most scaleups and garnered the most capital (59%) in the area, raising $5.4 billion. Meanwhile, because the emirate is home to many of the region’s tech heavyweights, Dubai alone accounted for 57 percent of funding. Saudi Arabia placed in second place, with 106 scaleups which is 18.1 percent of the total raising $1.2 billion in expansion capital. Egypt is in third place, with 84 scaleups and $1.4 billion raised.

According to the survey, 26 MENA scaleups, which is approximately 4.4 percent of the total, relocated their headquarters to the region in order to accelerate their expansion. The UAE was the most popular place for scaleups, with eight establishing themselves there, followed by Saudi Arabia with seven, and Egypt with six (4). In addition, 41 scaleups choose to expand their reach outside of MENA, primarily to the United States (13), the United Kingdom (5), France (5), India (3), and Canada (2).

Hamad Buamim has been the President and CEO of the Dubai Chamber of Commerce and Industry since 2006. He is also the Chairman of the World Chambers Federation – International Chamber of Commerce, which is situated in Paris (ICC).

“Despite its significant competitive advantages, the UAE continues to provide further incentives to firms and startups. Golden visas, green visas, freelancer and entrepreneur visas are all brave and good moves done by the government to improve its value offer,” remarked Mr. Hammad.

“Venture capital is an essential component of flourishing entrepreneurial ecosystems and the advancement of digital economies. H.E. Buamim continued,

H.E Buamim added while talking about the scaleup funding in MENA region. “We will continue to work closely with public and private sector players to maintain a conducive climate for venture capital firms and investors, as well as entrepreneurs from across the world.”

The World Government Summit’s current Managing Director is Omar Sultan Al Olama. He is also a member of the Dubai Future Foundation’s Board of Trustees and the Foundation’s Deputy Managing Director. In November 2017, the UAE government announced that HE. Omar Al Olama would join the World Economic Forum’s Future of Digital Economy and Society Council.

While talking about the funding in MENA region he said that the conclusions of the research, reflects continued efforts to promote Dubai’s digital economy and create a conducive environment for scaleups to thrive and grow in the emirate.

He stated that the findings of the report show that Dubai is making significant progress toward His Highness’ ambition. Dubai, according to Sheikh Mohammed Bin Rashid Al Maktoum, Vice President and Prime Minister of the United Arab Emirates and Ruler of Dubai, is a global leader in the digital economy. He also stated that the Dubai Chamber of Digital Economy, as well as the Chamber’s market research, would boost the sector’s growth and development.

MENA scaleups have received $9.1 billion in funding, accounting for 0.12% of the region’s GDP. According to data, a few countries are leading the MENA region’s push to compete with the world’s top tech ecosystems. If the calculations are considered for the coming year, the MENA region could be the most attractive market for scaleup fundings. 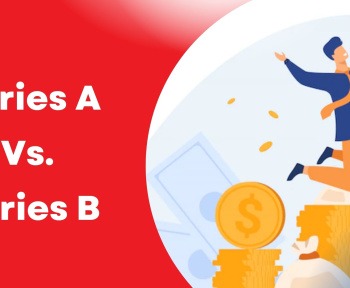 Series A Vs Series B – An In-depth Comparison 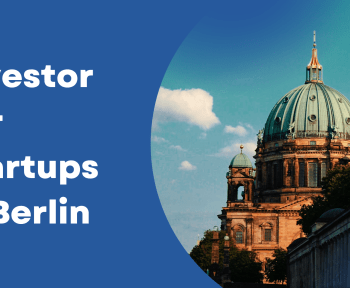 How to Find Investors for Startups in Berlin